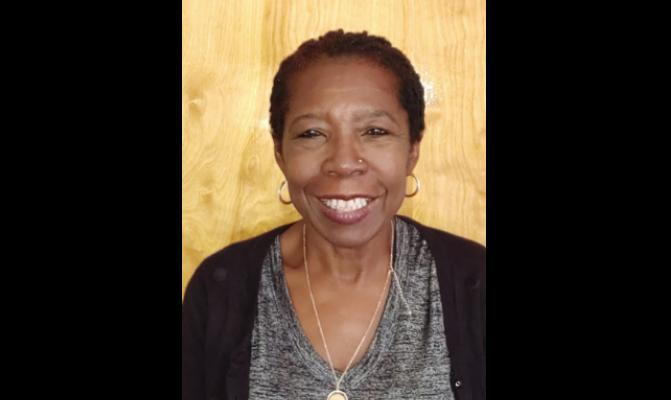 Here at Crossbridge Wellness Affiliates (CWA) we know that issues of racism affect people’s lives and need to be addressed compassionately in counseling. As counselors we strive to continue educating and working on ourselves so that we can be inclusive and anti-racist as therapists, and as a team. Therefore, we eagerly learn, continuously advance in knowledge, and freely provide a space for exchange and discussion, and we challenge the hard topics such as racism.

Racism, everyone’s talking about it. Some believe the topic is exaggerated and overstated, some feel there is a need for more candid conversations about the subject, and there are those who are simply not interested or bored with the topic. In any case racism, a complicated and controversial matter, is and has always been an integral part of the American culture. And though it changes demeanor and deeds with time, racism persists.

The late Justice Thurgood Marshall described twentieth century racism as blatant and intentional. This was the old racism, distinct and hostile. In fact, the way in which this type of racism operated brought about a Civil Rights Movement and eventually led to civil rights laws and legislation to protect minorities and secure their rights (Brown, 2004). 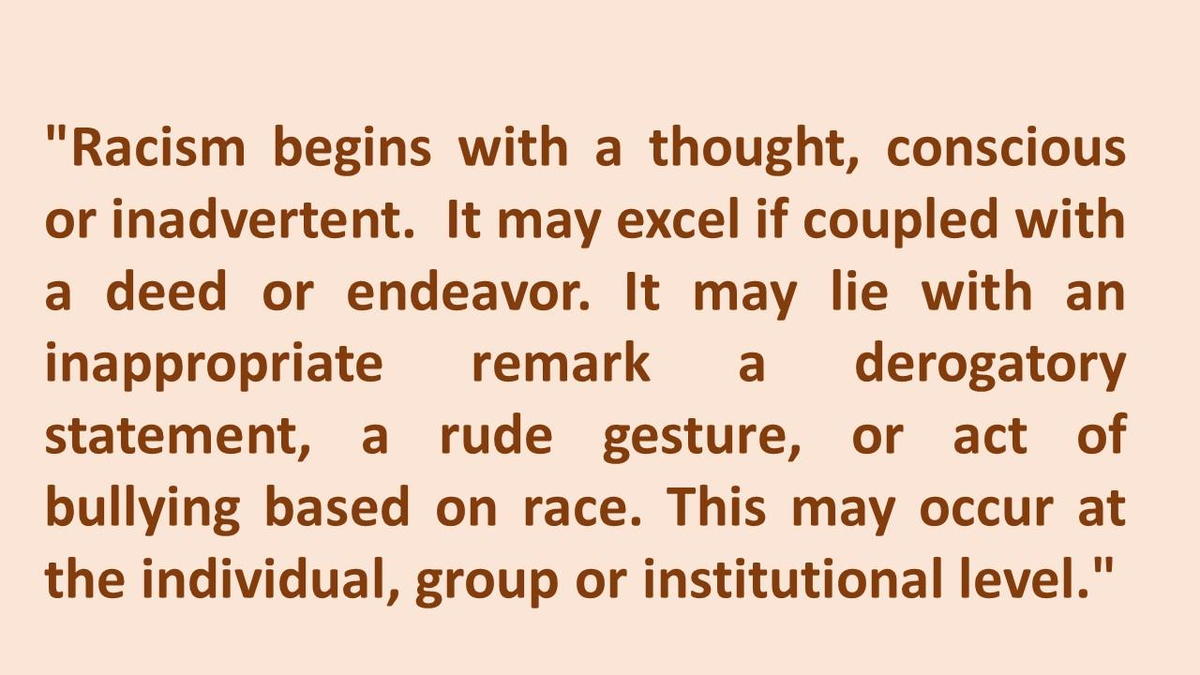 Racism now functions much differently, and scholars frequently refer to it as the new racism or twenty-first century racism. This racism is much more subtle and refined. It is less obvious, masked and clever. Consequently, it is almost unrecognizable and difficult to identify.

In fact, there is a widespread belief that racism no longer exists, and we now dwell in a post racial society where skin color, ethnic background, or country of origin no longer decides your value or significance. Therefore, the first step to realizing racism and battling it in American life is understanding the ways in which racism may be characterized and why there is sometimes a need for counseling intervention.

To begin, we must deliberate race if we are to discuss racism. Although many intellectuals and disciplines have dispelled the idea or myth of race, the term remains operative. Therefore, for the purposes of this writing the concept will be incorporated.

Race may be described as a category or group of people having hereditary traits that set them apart. Whereas race encompasses the idea of biological traits, ethnicity is based on a shared cultural heritage. Ethnicity permits knowledge of an individual’s background, heritage, and ancestry.

Many social scientists and biologists argue the validity and rationality of race. They view it as a socially constructed concept because there is no proven biological basis for racial classification and no genetic differences fixed along racial lines. Nevertheless, I shall attempt to offer a definition of racism that may be applied to this discussion.

A race may be described as a grouping of humans based on shared physical or social qualities into categories generally viewed as distinct by society. Sociologists have recognized race as a concept that is used to denote different types of human bodies. Generally, race has no consensual, theoretical or scientific meaning in psychology, but is used in psychological theory, research, and practice (Helms, Jennigan & Mascher, 2005).

Similarly, racism is a complex term and challenging to categorically define because there are a range of views and discernments and ways to explain racism. Even with its ubiquity in daily language, there is no consensus amongst scholars as to how the term is defined. According to Doane (2016) the definition varies with circumstances within society, the individual’s perception, societal interpretation, or the views of the government and other types of institutions. For this article, I offer an operative definition that provides a basis to grasp the concept.

The dictionary defines racism as “a belief or doctrine that inherent differences among the various human racial groups determine cultural or individual achievement. This usually involves the idea that one's own race is superior and has the right to dominate others or that a racial group is inferior to the others (merriam-websterdictionar.com).

The sociological explanation describes racism as being beyond race-based prejudice. Along with prejudices, there is an imbalance in power and social status is generated by how we understand and act upon race. Thus, racism may be viewed as the belief that the humans have vast differences and distinct characteristics which are paramount and telling. The varying characteristics ascertain individual cultures and support the view that a race is greater to others and has the right to control others. This explanation indicates that racism involves acts of discrimination and bias.

One psychological trait of racism and other xenophobia is that it performs as a psychological defense mechanism generated by feelings of insecurity and anxiety. This view is evidenced with the psychological theory of "terror management." Research has shown that when people are given reminders of their own mortality, they feel a sense of anxiety and insecurity. The response is sentiments of greed, prejudice, and aggression, and individuals are likely to submit to attitudes that are closely associated with their national or ethnic group (Taylor, 2018).

Thus, understanding racism is both simple and complicated. Racism begins with a thought, conscious or inadvertent. It may excel if coupled with a deed or endeavor. In other words, racism may be latent, involuntary or calculated and may lie with an inappropriate remark a derogatory statement, a rude gesture, or act of bullying based on race. This may occur at the individual, group or institutional level.  A thought elevates with a deed and a deed is compounded with support. Any insinuation of racism is a cause for concern and there are numerous ways that racism may be active. The following are just some of the various categories.

Cultural racism can be defined as societal beliefs and customs that promote the assumption that the products of a given culture, including the language and traditions of that culture are superior to those of other cultures. Cultural racism exists when there is a widespread acceptance of stereotypes concerning different ethnic or population groups.

Institutional racism is a form of racism expressed in the practice of social and political institutions. It is reflected in disparities regarding wealth, income, criminal justice, employment, housing, health care, political power and education, among other factors. Institutional racism is reflected with as a pattern in social institutions such as governmental organizations, schools, banks, and the courts of law. Racism is and may be found in nearly every aspect of our daily experiences. 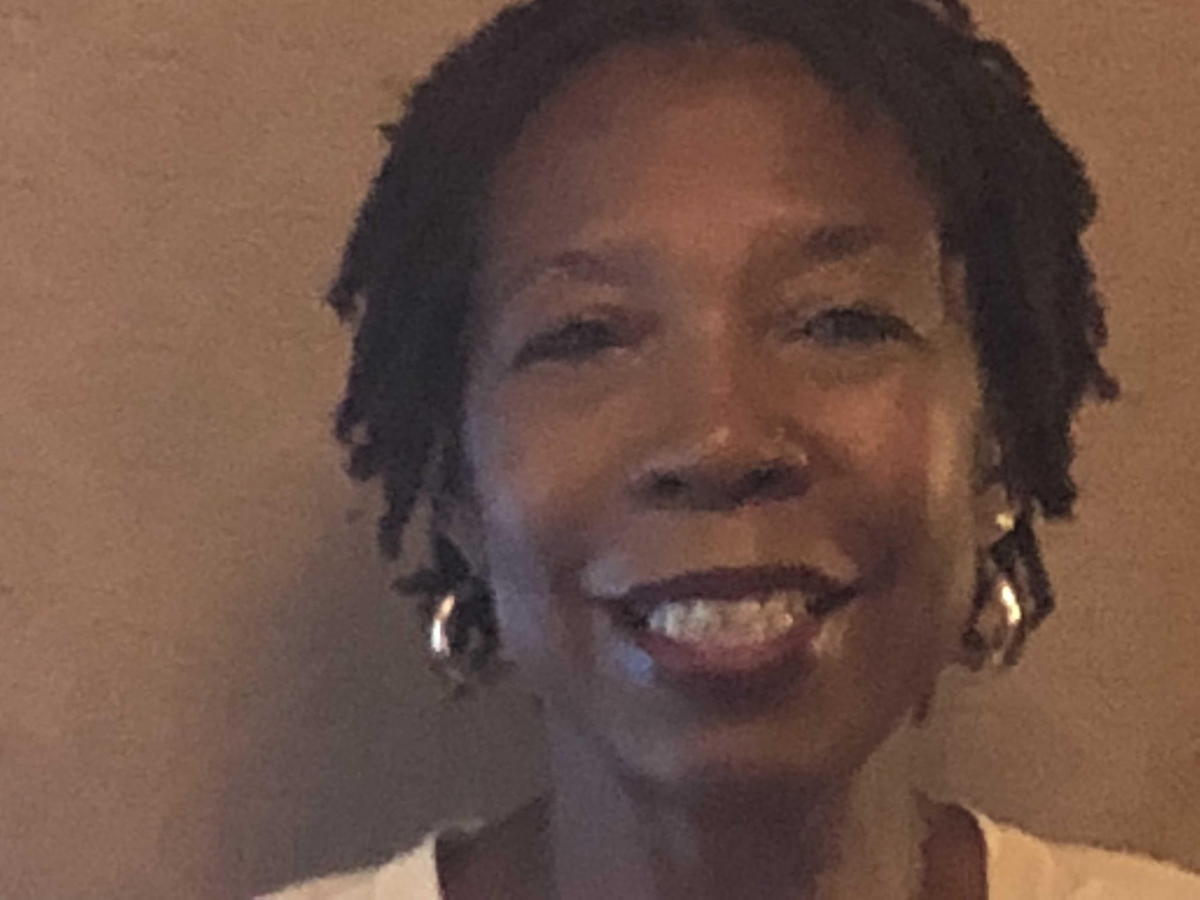